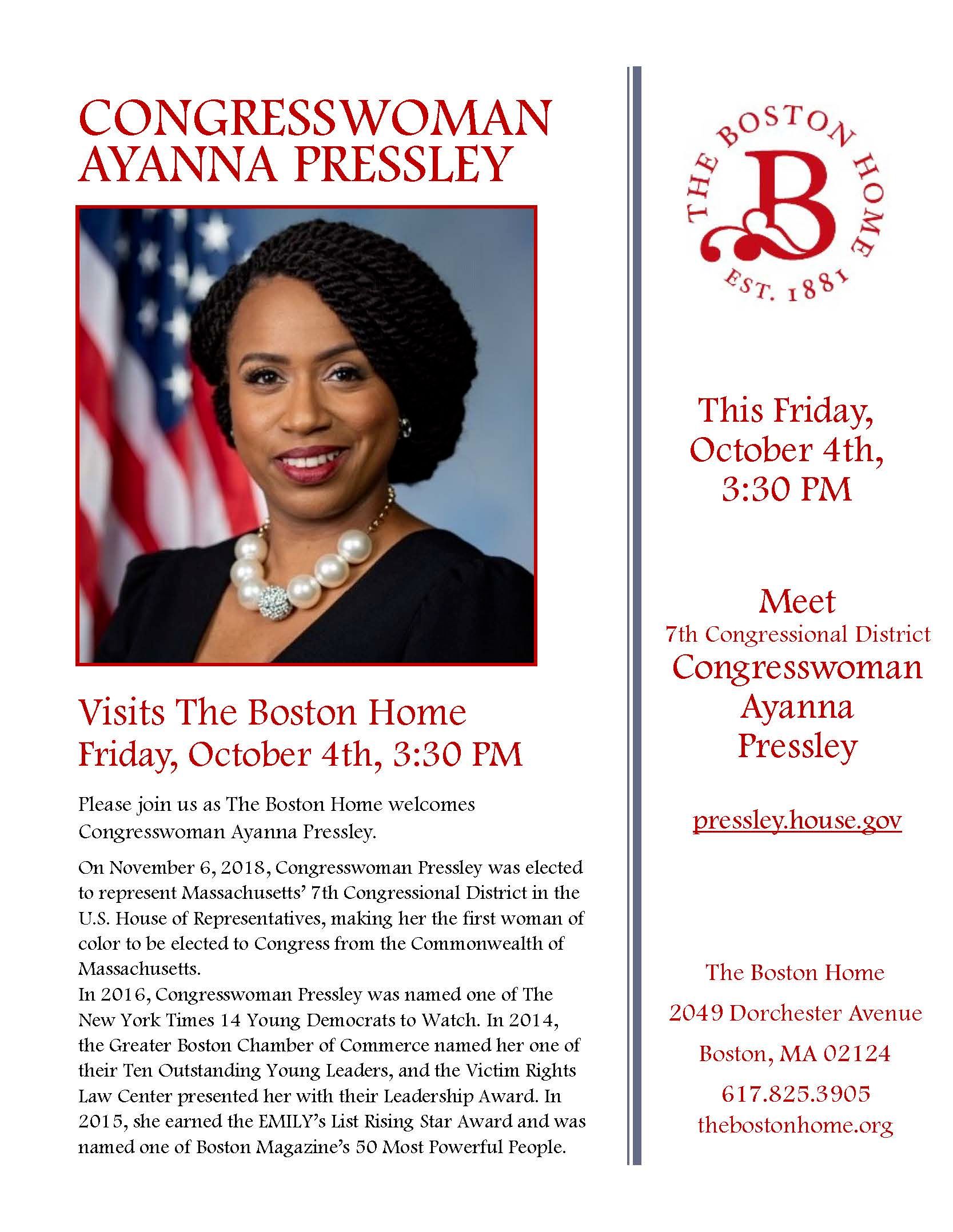 On November 6, 2018, Congresswoman Pressley was elected to represent Massachusetts’ 7th Congressional District in the  U.S. House of Representatives, making her the first woman of color to be elected to Congress from the Commonwealth of Massachusetts.
In 2016, Congresswoman Pressley was named one of The New York Times 14 Young Democrats to Watch. In 2014, t  he Greater Boston Chamber of Commerce named her one of their Ten Outstanding Young Leaders, and the Victim Rights Law Center presented her with their Leadership Award. In 2015, she earned the EMILY’s List Rising Star Award and was named one of Boston Magazine’s 50 Most Powerful People.