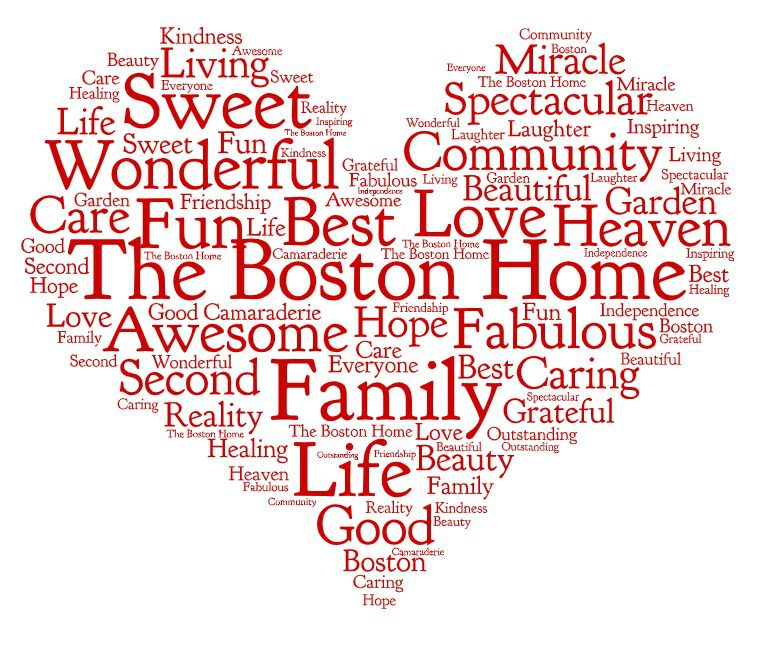 Over the last several months, we have worked tirelessly to ensure the best outcomes for our residents and our staff. While we have been focused on keeping our special community healthy and safe, the world outside has experienced terrible acts of violence and hate.

The Boston Home was founded on the principle of acceptance without prejudice or discrimination. Our community has been and will remain a place of hope and healing, because we stand on the foundation of equality and love. Doctor Martin Luther King Jr. stated, “Darkness cannot drive out darkness; only light can do that. Hate cannot drive out hate; only love can do that.”

As we navigate the challenging days before us and ahead, please know that I am here and I am with you.

Please see below  a message from our beloved Reverend Johnson:

Hi  Friends,
I had an entirely different message ready to send out  to you yesterday morning.  I was planning on writing about hope and ways we might find continued strength as we face and combat our Corona Virus pandemic.  Who would have believed that something else would challenge that issue for the bulk of the headlines?   I went to bed Sunday night knowing that in cities across America, Canada, and Europe there would be protests about the caught-on-tape death of the unarmed George Floyd at the hands of the Minneapolis police.  This kind of thing has been much too familiar for much too long: anger, broken trust and fear have been mounting and festering.   People need to stand up, march, and speak out.  Our country is built on this process.  Many did just that.  Even the members of the Minneapolis Police force knelt to show respect for the “regular” protestors.  So far, so good.
I woke up the next morning to hear the news that overnight, the relatively peaceful protests in 150 or so of our cities had taken an explosively violent turn, with stores damaged, rampant looting, burning of police cars and buildings, and with many  people wounded(civilian and police officers).  I thought I was having a nightmare.…bad memories of what happened in many US cities  in the ’60’s, and then in 1992 after the Rodney King verdict.  So many  have worked so hard for racial justice  (as is the case for this present movement).  How easy it will be to shift the focus from what seemed to most of us to be working for justice in response to an indefensible killing,… to an out of control mob driven to releasing its pent up rage indiscriminately.
As many have been saying, this isn’t the way of Rev. Dr. Martin Luther King, Jr.   He and his followers absorbed much punishment and ridicule.   He took mounting flak near the end of his ministry from those  within his movement who thought he was too passive, too opposed to any violence, too “weak”.  That must have hurt.  King taught (and embodied)non-retaliation, and there is nothing weak about that.  We need his wisdom today.  As a Milton high school  student wrote in her MLK essay several years ago, “Is there a doctor in the house?”  What we saw on Sunday night was what usually happens when a mob vents its fury.  Our problems are now much more magnified than they were before what happened on Sunday night.  We will be hearing about this night for a long time.  Let us pray for wisdom for demonstrators, law enforcement, and our political leaders; for continued courage to do the right thing (and resist doing the wrong thing!), and compassion for all, especially those with whom we disagree.  These are times that are testing us in every way.  “Is there a doctor in the house?”
—Rev. Jeff Johnson